Staff, Volunteers & Board of Directors

Bill Blackwell became the third Executive Director of the MSHOF in January of 2016. He follows Michael Rubenstein and Rick Cleveland in guiding this non-profit corporation after joining the staff the previous February. Bill was the General Manager of the Jackson Mets/Generals for twelve seasons beginning in 1987 and worked in professional baseball for 33 years. A “200 Club” and member of the Board of Directors from his previous stint in Jackson, Bill has always supported the efforts of the Hall of Fame. The opportunity to lead the MSHOF brought him back to Jackson. Educating each generation of the importance of the accomplishments of those enshrined and keeping the facility in top shape are goals he hopes to maintain. Look for new displays and information during his tenure.

Lulu Maness, a native of Clarksdale, was at the grand opening of the museum on July 4, 1996.  After volunteering for a year, she became a full time employee with the Hall of Fame.  Lulu, has a connection and passion for the museum, as she is the goddaughter of Ole Miss and New York Giant great, Charlie Conerly. She is the Event Coordinator for the C Spire Outstanding Players Series Presentations which include the football C Spire Conerly, the basketball C Spire Howell/Gillom and the baseball C Spire Ferriss. Lulu’s bright personality and lively stories bring loads of laughter and smiles to the Museum’s staff, volunteers and visitors. 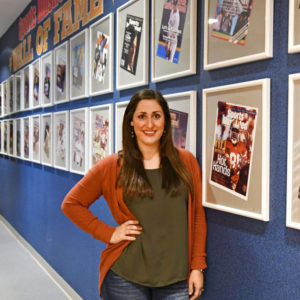 Andrea Patterson came to the Museum as an intern in 2012 after graduating Ole Miss with a business degree in marketing and management. She has been with the museum full-time since November 2013. She has also taken on the task of Race Director for the Annual Farm Bureau Watermelon Classic. Andrea is a huge fan of all sports, especially Mississippi football and brings a lot of energy to our staff. Her favorite Museum exhibit is the Sports Illustrated Wall of Fame because it showcases how Mississippi athletes have had a national impact through the decades. Please contact Andrea for any marketing or advertising requests. 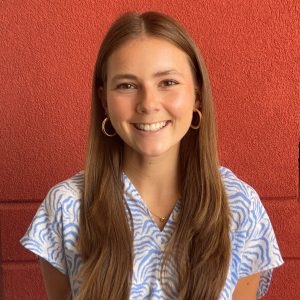 Rachel Wiygul is a recent graduate of Mississippi State University. She majored in Communications with a concentration in Public Relations.  A Madison, MS native and avid sports fan, Rachel is very excited to join our staff. Her favorite part of serving as the Museum Coordinator is getting to share the history of Mississippi sports with the next generation. In her free time, Rachel enjoys going to Mississippi State sporting events with her father and spending time with her new golden retriever, Tilly. Please contact Rachel for rental or group tour inquiries. 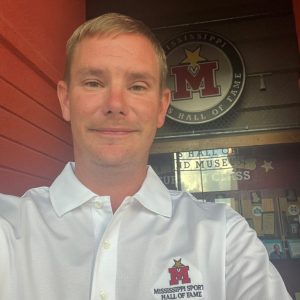 Tyler Dell is the new Building Supervisor at the museum. A native of Jackson, MS, Tyler attended Holmes Community College where he received an Associate’s Degree in Liberal Arts and Architectural Engineering. In 2009, he joined the National Guard. In his free time, Tyler enjoys spending time in the outdoors and attending Southern Miss games with his dad. 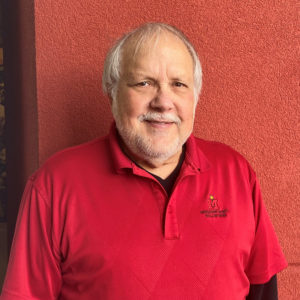 John Richardson has been a part-time staff member at the MSHOF for 15 years and says it has been such a pleasure working with all the different museum staff through the years. John coached for 38 years in Jackson Public Schools which he enjoyed thoroughly and often times sees his former players visiting the Museum. John was inducted into the Scott County Sports Hall of Fame in July 2021 and played football at Ole Miss during the Vaught years including three bowl games. John is married to Tanya and together they have one daughter, Ashley. He also has a daughter, Robin, and three wonderful grandchildren. He enjoys being around sports-minded people visiting the museum because of his experience of playing sports from pee-wee football all the way through college. 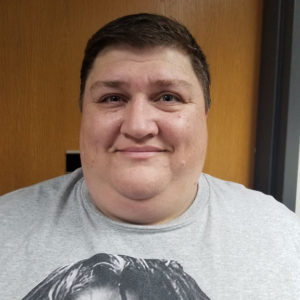 William Perkins started with the museum as a volunteer and has been an official member of our Saturday staff since 2018. During the week he is a surgical technologist, and has been assisting with cataract surgeries for over 21 years. In his free time, he is a baseball fan and autograph collector. We are so grateful to have him be a part of the MSHOF staff!

Volunteers are an integral part of the Mississippi Sports Hall of Fame and Museum.

“We could not keep our doors open without the invaluable support of our volunteers,” executive director Bill Blackwell said.

Volunteers work flexible three-hour shifts as little or as often as they want. They assist with school groups, ticket sales and the museum’s participatory area. Quarterly luncheons, including a Valentines luncheon and Christmas luncheon are held throughout the year.

Thank You to all our Volunteers!