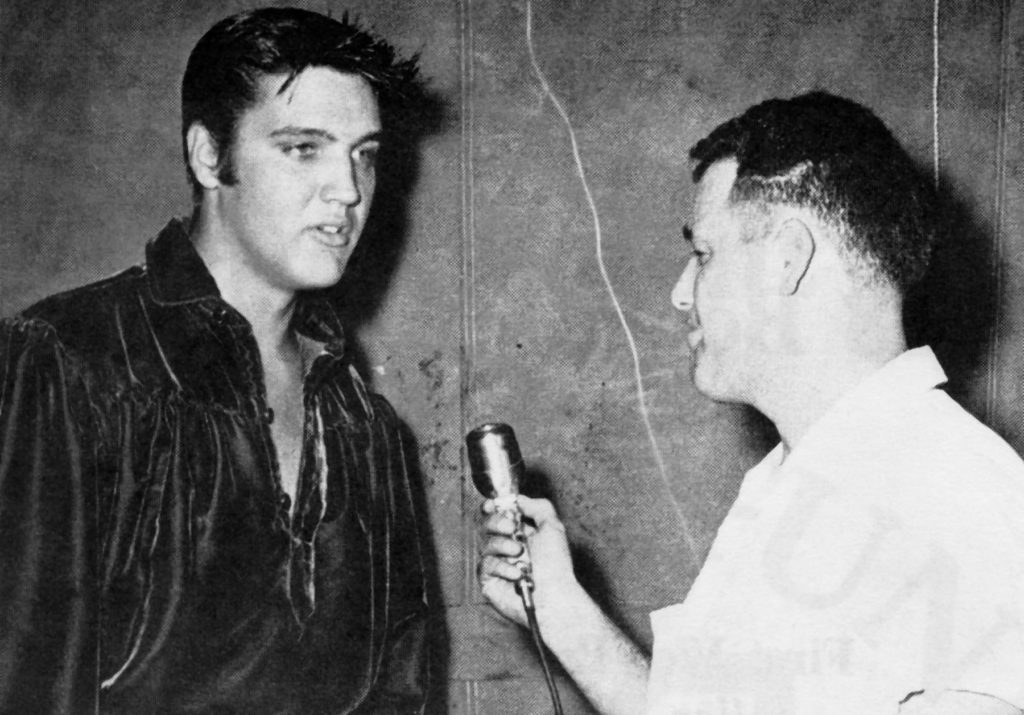 Jack Cristil turns 88 today. Here’s what I wrote about him when he announced his retirement in February of 2011.

We knew Jack Cristil couldn’t go on forever. Here lately, he has sounded tired, worn out – certainly not himself. So maybe Wednesday’s news that Cristil is stepping down after 58 years as the voice of Mississippi State University’s football team and 54 years calling basketball wasn’t totally unexpected.
Still, we don’t have to like it.
Because of health reasons, Cristil, 85, will broadcast his last MSU sports event when the Bulldog basketball team plays the University of Tennessee today in Knoxville. The game is scheduled to start at 5 p.m., with the radio broadcast beginning 30 minutes before. For many of us, it will be like listening to Sinatra sing his last song.
For three generations of Mississippians, our introduction to the Deep South’s regional pastime of college football often has been Cristil’s gravelly, baritone voice telling us about a 6-tall, 180-pound halfback from Amory or Ackerman or Moss Point. Doesn’t matter which university you pulled for, you listened to Cristil. You listened because he put you there, in the stadium. He described the weather and the setting. Told you which team was going which way. He gave you the uniform colors and the context of whatever game he was describing.
His voice was so distinct, you could almost taste the cigarettes he was smoking.
He gave you down, distance, score and how much time was remaining. He did it regularly.
You knew he was for the Mississippi State Bulldogs, but often you couldn’t tell it from his account of the game. He didn’t cheer. (Although I can’t count the times, I saw him slam down his headset, put his hand over the microphone and yell at a basketball official who had just screwed up a call.)
His wit was as dry as the Sahara. Who can forget his legendary call on the Sonic Drive of the game after one particularly galling State defeat? The Bulldogs didn’t have a significant drive, so Jack just said it would be his drive back home to Tupelo. I was listening on the way home from another game that day. I laughed so hard I almost ran my car off the road.

It’s hard to put into perspective how long Cristil has been doing what he did so well. He was hired in August 1952 by Dudy Noble, the man many consider the father of Mississippi State athletics. Joe Fortunato, one of the Chicago Bears’ famed Monsters of the Midway from the 1950s, played in the first State game Cristil ever broadcast. Fortunato, now 70 and living here in Natchez, will pretty much tell you what any other State fan will.
“It’s hard to believe he has been doing it for that long, that well,” Fortunato said Thursday.
Eight years ago, on the occasion of Cristil’s 50th anniversary of describing State football games, I visited him for most of a thoroughly entertaining day and evening at his home and office in Tupelo. Oh, the stories he told. …
Of growing up in Memphis, the son of Jewish immigrants from Russia and Latvia. His parents bought a huge radio to listen to classical music, but that’s when Cristil discovered the games at the age of 6. “Here I was in Memphis, and I was absolutely enthralled with the idea that a man could be sitting in some stadium in New York or Chicago or Boston, telling me about a game. It was like magic.”
Cristil said he knew right then what he was going to do with his life.
Of filling up his 1948 Plymouth in Clarksdale in August 1952 to drive from Clarksdale to Starkville to be interviewed by Noble.
“I had envisioned a young, energetic, business-type person in a trim suit and a neat hair-do,” Cristil said. “But Dudy Noble was a big man, over 6 feet tall and quite hefty. He was attired in an old cotton, flannel shirt and baggy britches. He had an unruly shock of gray hair that stuck out.”
Noble, Cristil said, gave him the job and then told him, “You tell that radio audience what the score is and who’s got the ball and how much time is left and you cut out the bull.”
Said Cristil: “… turns out the best advice I ever got.”
Of the 1963 Liberty Bowl in Philadelphia on a day when it was, as Cristil put it, “colder than a pawnbroker’s heart.”
Sen. John C. Stennis, another beloved State man, sat in the unheated press box alongside Cristil, both of them bundled in coats and blankets. “It was so cold, our coffee would freeze before we drank it,” Cristil said.
But Cristil wrapped up a 16-12 State victory over North Carolina in maroon and white. At age 11, I listened with my daddy in the kitchen of our house.
Of a State-Alabama football game when Bob Hope was on tour and doing a show that night in Tuscaloosa, unbeknownst to Cristil. Bear Bryant’s boys, as usual, were beating up on State when somebody came by the visitors’ radio booth and whispered to Cristil, “Hope is available at halftime if you want him.”
Responded Cristil, “Fellow, I need some hope right now.”
Thing is, even during all those many bleak years when Mississippi State fans had little if any hope, they had Jack Cristil. If it sounds trite, then so be it: It will never be quite the same without him.
•••
And here’s what Archie Manning said about Cristil:
“Some of my fondest childhood memories are of sitting at the kitchen table with my daddy, listening to Jack Cristil describe Mississippi State football games. He made the games come alive for me. I loved his voice and the way he described the games. It was like he put you in the stadium. He was, in many ways, my introduction to college football. And, still, when I hear his voice, I think about those afternoons with my daddy. Jack Cristil’s voice, to me, is college football.”

One response to “Happy 88th birthday to Jack Cristil, the best”