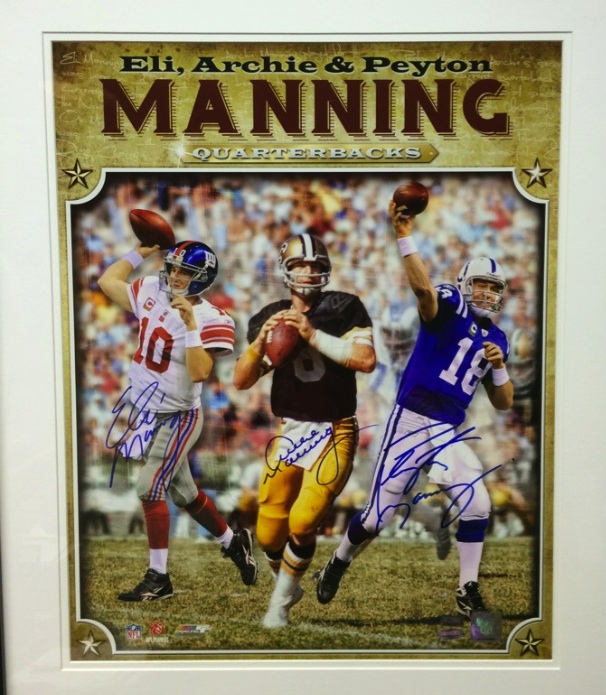 The Mississippi Sports Hall of Fame’s annual Drawdown of Champions, a $5,000 drawdown that also features a silent auction, will be held Saturday night at Hall of Fame and Museum beginning at 6:30.
Among the items to be auctioned is a framed, signed poster featuring three quarterbacks named Manning you see above. The minimum bid will be $500. If you are unable to attend and want to make a bid, you can do so by calling 601 982-8264 and securing your bid with a credit card. See below for more items…. 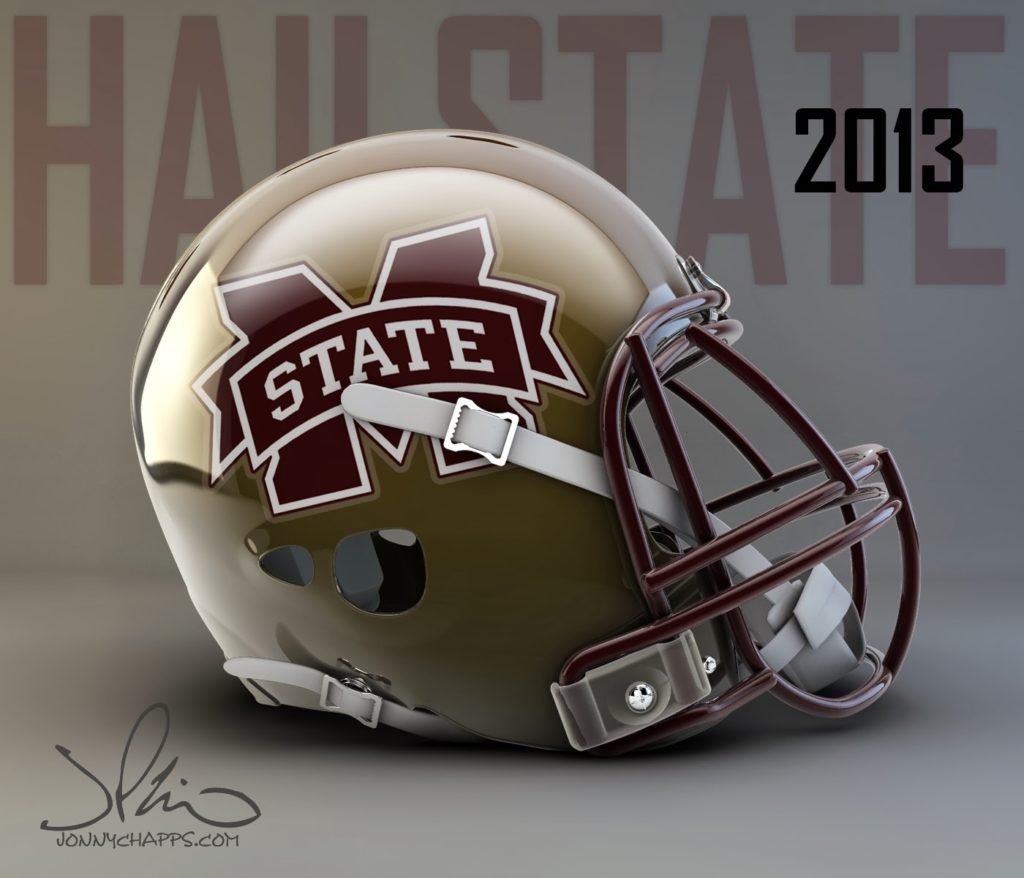 Mississippi State donated the Egg Bowl helmet used by Kaleb Eulls in last year’s Egg  Bowl. The helmet is signed and dated by Dan Mullen with these pertinent numbers: 17-10. Last year, we had a football from the 2012 Egg Bowl — signed and dated by Hugh Freeze, with the score — that went for $1,000. Minimum bid on this helmet is $500.

We have prime seating for the first day of the U.S. Open Tennis Tournament, donated by the family of Hall of Famer Slew Hester, who spearheaded the building of the facility where they’ll play. There are two main stadiums at the U.S. Open Tennis Tournament:  Arthur Ashe Stadium and the original Louis Armstrong Stadium.  The Armstrong Stadium has box seats but it is also open seating elsewhere for anyone with a tournament ticket.  Ashe Stadium seating requires an Ashe ticket.
The donation is two front row tickets to Slew’s Box in Armstrong Stadium for Opening Day, Monday, August 25, 2014 (covers all events held in Armstrong) and two tickets for the Opening Day and two tickets for the Opening Night sessions Monday, August 25, 2014, on the sixth row at Ashe Stadium.  (Face value $1640).
The donation allows four people entrance to the US Open grounds, with only two sitting in Ashe Stadium at a time.  Four people can share the Ashe tickets by two people sitting there at a time and then switching with the other two, and all four can sit in Armstrong Stadium, since it is open seating.
Ashe Stadium has two sessions.  The day session begins at 11:00 a.m. and continues through play until 5:00 or 6:00 p.m.  The night session begins at 7:00 p.m.  There are typically three matches during the day session: either two matches of female players and one of male players or vice versa, and there are two matches for the night session, one with male players and one with female players.
Again, the minimum bid is $500 and you may phone in a bid.
•••
Saturday night’s auction will feature scores of items, including much autographed sports memorabilia. Tickets to the Drawdown are $50, which includes food, an open bar and a draw in the $5,000 drawdown. Call 601 982-8264 for more information. Phelps Dunbar and Puckett Machinery co-sponsor this event.