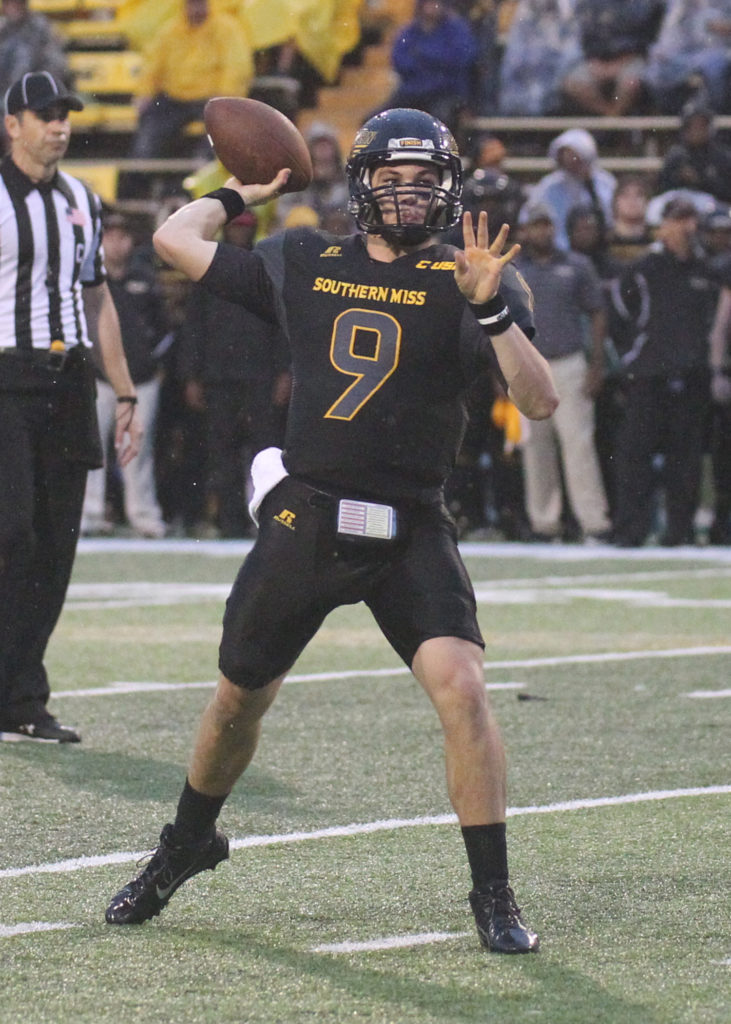 Record-setting junior quarterback Nick Mullens, from Hoover, Ala., is the Southern Miss nominee for the 2015 C Spire Conerly Trophy, the school announced today.

For his 386-yard, five touchdown performance against Rice last week, Mullens was named Conference USA Offensive Player of the Week and the Manning Award Star of the Week.

Mullens is the fourth player nominated for the C Spire Conerly, which will be presented Dec. 1 for the 20th time. Other nominees include Dak Prescott of Mississippi State, Marcel Newson of Mississippi College and Javancy Jones of Jackson State.