Tribute to Kent Hull moving to The Hilton 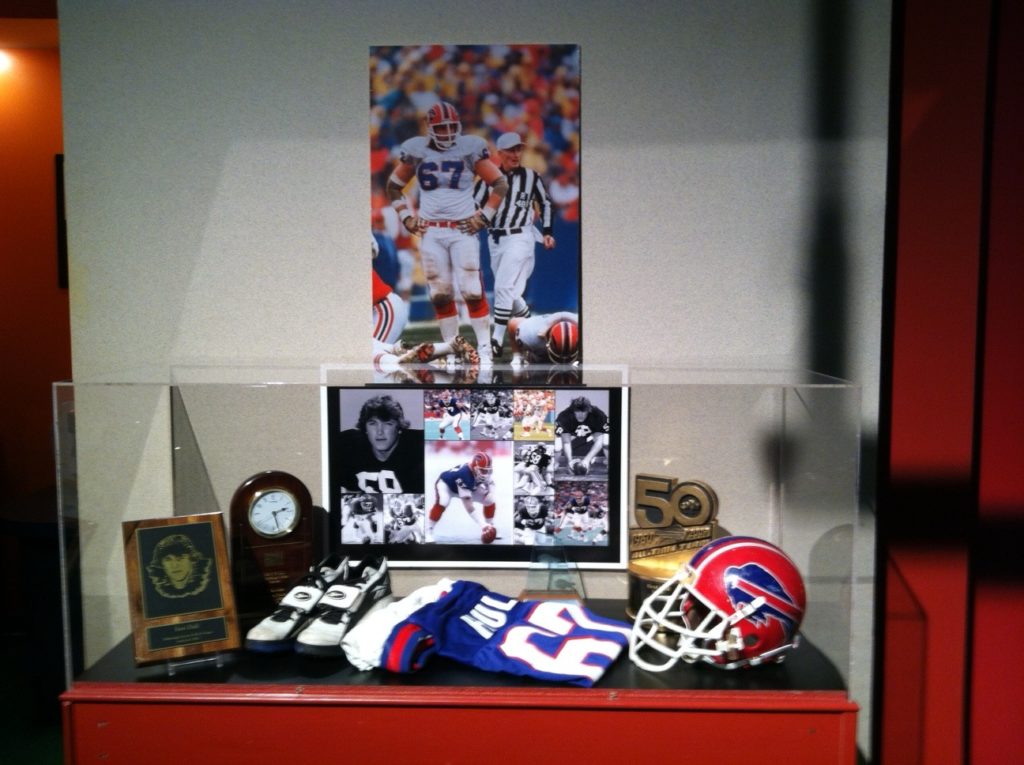 Our new Kent Hull Exhibit at your Mississippi Sports Hall of Fame and Museum.

Demand for seating at the Tribute to Kent Hull Banquet has been such that we’ve had to switch venues. Originally scheduled for the main arena of your Mississippi Sports Hall of Fame and Museum (seating capacity 240), the event has moved to the Jackson Hilt

on on County Line Road where we can accommodate more than twice as many.
All else remains the same: 5:30 p.m. reception, 6:30 p.m. dinner. Jim Kelly, the Hall of Fame quarterback, is the keynote speaker. The ticket order form can be found below. The name of the event is a Tribute to Kent Hull. Here’s one tribute already: Our spacious Hall of Fame Museum can’t hold all the people who want to pay tribute to Kent Hull. The original press release is below.

The late Kent Hull of Greenwood and Mississippi State embodied all we respect in an offensive lineman: strength, quickness, toughness, intelligence, intense work ethic and humility.
The Kent Hull Trophy annually will go to the Mississippi college offensive lineman who most displays those traits that enabled Hull to play in three Pro Bowls, four Super Bowls and become one of the most respected linemen and leaders in the National Football League.
Sponsored by the Mississippi Sports Hall of Fame and Friends of Kent Hull, the award winner will be chosen by a panel of experts, including scouts and coaches. The award will be given each year at the C Spire Conerly Trophy Banquet.
Pro Football Hall of Fame quarterback Jim Kelly, one of Hull’s closest friends, will be thee keynote speaker at A Tribute to Kent Hull Banquet Sept. 24, to help raise funding for the award and for the museum. There will be a reception at 5:30 p.m., followed by the banquet at 6:30. For ticket and sponsorship information, click here.
Hull, who started at center at Mississippi State as a 200-pound freshman, went on to play in four Super Bowls and three Pro Bowls. He died Oct. 18, 2011.
“Kent was the heartbeat of the Buffalo Bills,” Kelly said at the time of Hull’s death. “He was the leader of the Buffalo Bills. People talk about Bruce Smith, Thurman Thomas and Jim Kelly, but if you were looking for the glue to it all you looked no further than number 67.”
“It was a privilege to coach Kent Hull,” said long-time Bills coach Marv Levy. “He was a great leader, he was our leader.”
“Kent Hull was a great football player, but he was an even better person, and a wonderful representative of the state of Mississippi,” Scott Stricklin, athletic director at Mississippi State said. “His skills on the gridiron were complimented by a humble and generous spirit off the field. It’s fitting that the Mississippi Sports Hall of Fame would recognize the best offensive lineman in our state with an award that honors Kent.”
Rick Cleveland, executive director of the Mississippi Sports Hall of Fame and Museum, covered Hull first as freshman center at Mississippi State in 1979 and then covered him in four Super Bowls. 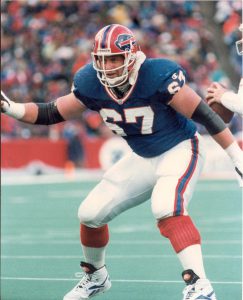 “Kent never changed,” Cleveland said. “He was like a wise, old man at 18 and all the success in the NFL never changed him. He was a good ol’ boy, Charlie Hull’s boy, from Greenwood.
“Kent was just solid, as solid as they come,” Cleveland said. “He was a great player, a better person. Emory Bellard once said Kent was as tough as ‘a rollin’ bunch of butcher knives,’ and on the field he was. But he also had one of the kindest hearts of any athlete I’ve known.”
Traditionally, offensive linemen are the least publicized, least celebrated of all football players, yet they are critical to the success of any team.
“I think Kent would love the fact that his name is attached to an award that draws attention to — and recognizes the importance of — offensive linemen,” Cleveland said.
The Kent Hull Trophy is being sculpted by renowned Brookhaven sculptor J. Kim Sessums.
Tickets and table sponsorships to the Kent Hull Appreciation Banquet are available by calling the Mississippi Sports Hall of Fame and Museum at 601 982-8264.
Download Banquet Order Form Here