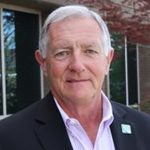 Having spent 33 years of my life working in professional baseball, I have been around a fair share of Hall of Famers.  I have interviewed Tony LaRussa, called games with Jack Buck, met with Brooks Robinson, Harmon Killebrew, Jim Palmer, Bobby Cox and had Frank Thomas spend a week on a team I ran doing a rehab assignment.   The voting for this year’s Cooperstown Class is going on now and an announcement will be made in January and I would like to make a case for a couple of Jackson related possibilities to be inducted.

Our process for electing folks to the Mississippi Sports Hall of Fame is different than that used by the Baseball Hall.  We receive nominations throughout the year and place them with nominees from past years for consideration by our panel on the selection committee.  That committee consists of representatives from colleges, the high school athletic associations, the different groups that run golf, tennis and track clubs, as well as media from throughout the state.  The Baseball Hall uses sportswriters that qualify by covering the game for a set number of years.  They just send out the list of eligible players and ask those writers to vote for up to 10 nominees.  Not everyone votes for 10 people although I have never understood why they wouldn’t use those spots.

The work of pointing out the strengths and weaknesses of each individual is usually up to the voter although teams and individuals wanting to see their favorites elected often push their candidate’s strong points through emails, tweets, articles, mailings and other methods.

This year several first time candidates join returning names on the ballot and we have a chance for the largest class for years and topping the four members elected last time.  Ken Griffey Jr. is a shoo-in first timer.  The Kid might even break the record for the highest percentage of votes ever.  Another first time possibility is closer Trevor Hoffman the all-time saves leader.  Returning players that missed in previous votes include Tim Raines, Alan Trammell, Edgar Martinez, Curt Schilling, Mike Piazza, Mike Mussina and Jeff Bagwell.  Then come the group that may or may not have used steroids, Barry Bonds, Mark McGwire, Roger Clemens, and Rafael Palmiero.  So as you can see there are quite a few worthy players to vote on.

I admit I am prejudice but the first timer I hope that gets in is Billy Wagner.  Billy pitched for the Jackson Generals in 1995 as a starting pitcher.  The Astros wanted him to learn how to use pitches besides his blazing fast ball and thought starting in the minors would be his best teacher.  He was only here a total of 12 games before promotion to Triple A but he matured and prospered here despite a 2-2 record.  After making it big in Houston Billy was injured by a line drive back through the mound that hit him in the forehead.  Both Tucson and Jackson teams were playing at home and they asked Billy where he preferred to pitch.  He told them he wanted to go “home” meaning Jackson.  He had made a lot of ties with our staff and fans while he was here, in fact our booster club hosted a baby shower for him and Sarah during his rehab prior to having their first child.

Billy is 5th in all-time saves while the other closer voters will vote on is #1 in the history of the game but from there Billy clearly tops Hoffman.  Billy recorded 1196 strikeouts in just 903 innings topping the totals of Hoffman who pitched 4 more years and that of Mariano Rivera who toiled 3 extra seasons.  In 16 seasons Wagner was an All-Star seven times.  His batting average against is the best of anyone pitching 900 or more frames.  Billy may not get in this year but he is definitely deserving.
The other Jackson related candidate is Jeff Bagwell.  Baggy was only here for three days but Jackson probably has more per capita Bagwell autographs than any other city.  Each day he would arrive at the park and do his lifting and get dressed, take BP and then sign autographs for waiting fans until time to prepare for the game.  After the final out each night he would have the clubhouse manager save him a plate of food and then go outside again to sign until everyone had his signature.  The final night in town he took the entire team out for a celebration.  He not only was a World Class athlete, he is a World Class person.  He received over 55% of last year’s vote so hopefully this year he gets the required 75% needed to get in.

It will be fun to see who is selected this year but both of these guys deserve the honor.

Your Mississippi Sports Hall of Fame offers a room dedicated to the 25 years of minor league baseball played at Smith-Wills Stadium.  Museum hours are 10am – 4pm