A team that should never be forgotten . . . 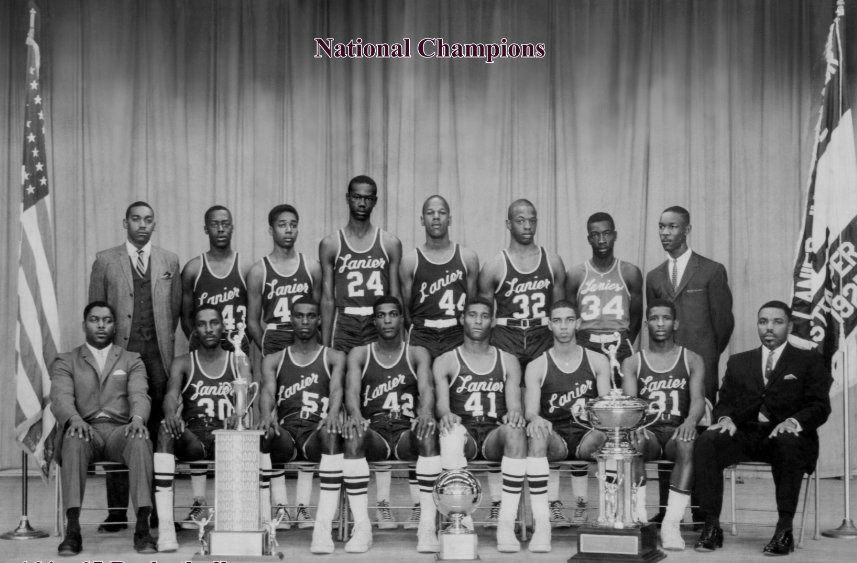 Get out your calendars. Circle the date: Jan. 23, 2013. This will be a long overdue night to remember.
First some background. The 1964-65 Lanier High basketball team, coached by Mississippi Sports Hall of Famer Orsmond Jordan, won 43 games and lost zero. The Bulldogs averaged 102 points per game. They won their games by an average of 40 points. They were so good that Cornell Warner, a future eight-year NBA star, came off the bench.

They won a national championship, beating a team from Virginia, in a post-season tournament at Montgomery, Ala. On the way back to Jackson, the Lanier team passed the historic Martin Luther King

march from Selma to Montgomery. In those were starkly different times, news of the national championship victory was covered by just four paragraphs, just under the Major League exhibition baseball scores, in the statewide newspaper, The Clarion-Ledger. There was no local TV coverage.

Forty-eight years later, that will change. The Mississippi Sports Hall of Fame and Museum and WLBT, in partnership with title sponsor Barksdale Cadillac and several presenting sponsors, will host a national championship banquet for the surviving members of the 1964-65 Lanier Bulldogs. Team members will get championship rings and championship jackets. The team’s photo will go up on the museum’s Wall of National Champions, which features teams from Mississippi that have won national championships.

Proceeds from the event will go to the Mississippi Sports Hall of Fame and Museum, which has operated for more than 16 years without a cent of tax money at any level of government. The Hall of Fame Museum exists to remember not only legendary, nationally acclaimed athletes such as Jerry Rice, Walter Payton, Archie Manning and Bailey Howell, but largely unknown teams and players such as these from Lanier.

The 1964-65 Lanier team has never received the recognition it deserved. That splendid team is the unfortunate victim of circumstances, trapped in the wrong time. That remarkable season came in the last years of segregation. The state championship was under the Magnolia High School Activities Association, the black schools’ organization. It was the Negro National High School Championship that Lanier captured in Montgomery, Ala., in March of 1965.

While it is certainly difficult to compare teams across eras, people who saw that old Lanier team agree it belongs on the short list of the state’s greatest high school teams.

“They were outstanding, truly outstanding,” said Paul Covington, a Mississippi Sports Hall of Fame coach, who, as a JSU assistant coach at the time, often watched Lanier play.

“You talk about quick, aggressive teams, good heavens were they ever. They ran a zone press, and they were just exceptional with it. There’s no doubt in my mind they would rank with the best.”

“That team could play with the best teams now,” says Jordan, later the head coach of four state champions at Brinkley and Murrah. “It was just an exceptional team, an exceptional bunch of guys. But with all the things going on at that time. . . .”

Warner, who now lives in Los Angeles, remembers “having the best seat in the house to watch one of the best teams in history.”

“I was the eighth man, the third guy off the bench,” says Warner, who went on to star at both Jackson State and in the NBA with the Milwaukee Bucks and Los Angeles Lakers. “That team knew how to play basketball. Our basketball intelligence was off the charts. We just loved the game.”

Warner says he doesn’t remember being upset or surprised the team received no more recognition than it did.

“In those days, we weren’t expecting anything, so how could we be surprised or disappointed not to receive it?” Warner says. “We were satisfied with knowing we were the best team around and that nobody, and I mean nobody, could beat us.”

2 responses to “A team that should never be forgotten . . .”