JACKSON — The Southeastern Conference’s leading scorer, Ole Miss’s all-time leading rebounder and the leading scorer for Southern Miss’s 22-7 Golden Eagles make up the finalists for the C Spire Howell Trophy, which will be awarded at a March 11 luncheon at the Mississippi Sports Hall of Fame and Museum.
Marshall Henderson and Murphy Holloway both will represent Ole Miss, while Dwayne Davis is USM’s finalist.
Finalists for the C Spire Gillom Trophy include Martha Alwal of Mississippi State, Jamierra Faulkner of Southern Miss and and Valencia McFarland of Ole Miss.
The C Spire Howell and Gillom trophies go annually to the most outstanding men’s and women’s senior college basketball players, respectively, in Mississippi. The Howell Trophy is named for Naismith Hall of Famer Bailey Howell, the former Mississippi State All American and NBA All-Star. The Gillom Trophy is named for Peggie Gillom, an All American at Ole Miss and then a coach at the collegiate, professional and Olympic levels.
Van Chancellor, another international basketball hall of famer, will be the keynote speaker at the 11:30 a.m. luncheon. Chancellor, Howell and Gillom are all Mississippi Sports Hall of Famers.
What follows is more on each finalist (in alphabetical order): 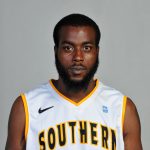 Dwayne Davis, senior guard, USM: Davis leads a balanced Golden Eagle scoring attack with a 14.5 points per game average, shooting 48 percent from the field, 40 percent from 3-point range and 79 percent from the foul line. He has been at his best in USM’s biggest games, totaling 53 points in two games against nationally ranked Memphis.

Marshall Henderson, junior guard, Ole Miss: Henderson leads the SEC with a 19.5 scoring average, shooting 37.5 percent from the field, 35.6 percent from the foul line and 87.6 percent from behind the 3-point arc. Scored a career-high 32 points against Tennessee, including 24 in the second half. Tied the school record for 3-pointers, hitting 8 or 12 against Auburn in a 28-point effort.

Murphy Holloway, senior forward, Ole Miss: In his final season, Holloway has become the all-time leading Ole Miss rebounder. Holloway averages 14.8 points and an SEC-best 9.8 rebounds per game. Holloway is the SEC’s active leader in rebounds and double-doubles, ranks second in steals and third in points.

Martha Alwal, senior center, Mississippi State: Leads State in scoring (12.3), rebounding (9.9), and in blocked shots with 74 total. She is second in the SEC in both rebounding and blocked shots and is fourth in free throw percentage at 78.3 percent. She scored and rebounded in double figures in the same game 16 times.

Jamierra Faulkner, junior guard, Southern Miss: Leads USM in scoring with an 18.7 average and in assists with 6.6 a game. That ranks her first in Conference USA by more than two assists per game and also second in the league in scoring. She also leads Conference USA with 3.4 steals per game and 94. Accounts for approximately 33 of USM’s 62 points per game. 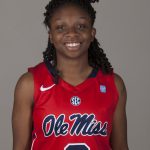 Valencia McFarland, junior guard, Ole Miss: Leads the Lady Rebels in scoring (11.4) and rebounding (5.3). She ranks in the top five in the SEC in assists, steals, minutes played and assists to turnovers ratio.