Jason Day's humble goal was to keep his PGA card 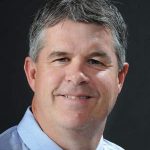 Mississippi’s Sanderson Farms Championship has often served as a springboard to success for some of the biggest names on the PGA Tour. Former Clarion-Ledger sports editor Rusty Hampton, now a board member of the Mississippi Sports Hall of Fame, was on the Annandlae practice range in 2008 when he encountered a 20-year-old named Jason Day. Now, $27.5 million later, Day is golf’s No. 1 ranked player in the world. What follows is Hampton’s resulting column.
•
MADISON – Mississippi’s PGA Tour tournament has existed for 41 years as an alternative event on the tour schedule, a place for guys to play when there’s something else – this week’s Ryder Cup, for instance – going on.
It’s a place for younger guys to make a name for themselves and for veterans to recapture past form.
Jason Day certainly falls into the former category.
At 20, he’s the youngest player on the PGA Tour and, last year, at 19, he became the youngest ever to win a PGA Tour-sanctioned event when he won the Nationwide Tour’s Legend Financial Group Classic.
Day makes his first Viking Classic appearance Thursday, chasing his first PGA Tour victory and/or enough money to secure a spot on next year’s tour. With earnings of nearly $600,000, he ranks 127th on the money list. Including this week at Annandale Golf Club, he’s got seven more events to move into the top 125 and retain his full playing privileges for 2009.
“My goal is to maintain my card,” said Day, an Australian who now lives in Fort Worth. “That’s a good goal to catch for the first time out.”
Not bad for a guy who would be a junior in college had he not turned pro at age 18.
“I wouldn’t have had any idea what to do at that age,” said veteran Tour pro Jim Gallagher Jr., of Greenwood. “I couldn’t even find my classes in college at that age. … It’s a maturity thing. It’s amazing to see a guy do that at 19, 20 years old.”
Not that things have been easy for Day. He’s had two top-10 finishes – sixth at the AT&T Pebble Beach Pro-Am and eighth at the Shell Houston Open – but he’s battled wrist and back injuries and had one stretch where he missed eight of nine cuts.
If you watched the final round of The Barclays on TV several weeks ago, you might have caught a glimpse of Day in the same pairing with Sergio Garcia. Garcia, who lost in a playoff with Vijay Singh, dominated the TV time in his group because, well, it just wasn’t Day’s day.
He started the round two shots off the lead, shot 74, and finished tied for 31st, six shots back.
“There were so many people out there,” said Day of the crowds at Ridgewood Country Club in New Jersey, just outside New York. “I didn’t play well, but now I know what I have to work on to play well in the future if I play with him.”
The entire year has been a learning experience, said Colin Swatton, who serves as Day’s caddie and has been his coach since age 12, when Day’s father died and his mother sent him to a golf academy.
“He’s had a tough year,” said Swatton. “I’d like to say it’s been a seamless transition, but as anybody knows, getting a girlfriend, getting a house, buying cars and furniture and playing on the PGATour – trying to find balance with all that is difficult.”
Yep, just your normal life for a 20-year-old.
Twelve players have won this year on Tour in their 20s, with Anthony Kim the youngest (he won in May at age 22 and in July at 23).
But for every 20-something who wins there’s a K.J. Choi (37), Kenny Perry (47), Steve Lowery (47) and Vijay Singh(45) who prove golf can be a game of experience as much as youth.
“There’s very few mature enough to handle it out here at that age,” said Gallagher, who turned pro at age 22 after playing for Tennessee and won his first pro tournament (the Deposit Guaranty Classic in Hattiesburg) at age 25. “He (Day) is one. Anthony Kim is another. You can’t name very many. Probably five or so.”
“There’s been heaps of guys who have told me I’m too young,” said Day. “I just want to prove myself.”
To that end, four-hour range sessions like the one he put in Tuesday are the norm.
It’s Day’s work ethic, said his coach, which set him apart years ago in Australia.
“There’s a ton of guys who have all the talent in the world but don’t amount to anything,” Swatton said.
“It’s his ability to want to work hard that is his strength and has been since junior golf.”
“If you’re doing something stupid, they’ll tell you,” said Day of the older pros. “Most of these guys know I work hard. Mark O’Meara saw me hitting wedges at Torrey Pines and he said, ‘you’re doing the right thing. Those are the scoring clubs.’
“I haven’t had much advice pushed on me, except to slow down and experience what you have.”