Posted on: June 03,2015
By Janet Braswell
POPLARVILLE – Mitch Deaver, a fixture along the sidelines of Pearl River Community College athletic fields and courts, died Monday, June 1, at his home.
Deaver, 62, was sports information director at PRCC, a position he had held since April 1996. He was known throughout the Mississippi Association of Community and Junior Colleges for his cooperation and by sports editors for the quality of his photography.
“As the dean of junior college sports information directors in Mississippi, Mitch excelled in such 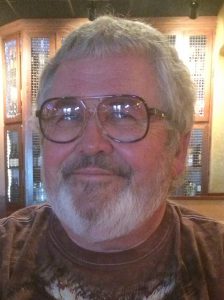 areas as photography, sports writing and graphic design,” said PRCC public relations director Chuck Abadie. “His abilities have been recognized by the Mississippi Press Association for many years. He often shared his photography work with other schools around the state. That was the type of individual he was.”
Deaver frequently posted galleries of PRCC sports photos on social media along with high school athletes he had photographed. As word of his death spread Wednesday, PRCC alumni and parents of athletes reposted some of those photos along with their thanks and memories.
“R.I.P Mitch Deaver, another Wildcat gone. You will be truly missed. Roll river roll,” read one post from a former Wildcat football player. Another recalled how Deaver remembered details he himself had forgotten about his days at Pearl River.
“He was very dedicated to his profession and had an excellent memory as far as Pearl River athletics was concerned,” Abadie said.
Leigh White, PRCC softball coach for 12 seasons, talked to Deaver by phone or in person several times a week. Preparing to move to a new office, she spent much of Wednesday packing photos taken by Deaver.
“I’ll remember him being a friend,” she said. “He had a heart of gold and captured a lot of moments for me. One I’ll never forget is when my mom threw out the first pitch of the Pink Out cancer awareness game. When you say Pearl River, you think of Mitch Deaver.”
Deaver graduated from Purvis High School in 1971 and then from Pearl River. He worked for a number of years at newspapers in Lamar and Pearl River counties and played with several South Mississippi bands, including Early Times. He returned to PRCC in April 1996.
He is survived by a brother, Mac Deaver of Madison; three sisters, Michele Slade of Purvis, Melissa Bourn of Columbia and Melanie Hanlin of Jackson; and a number of nieces and nephews.
•••
Visitation for PRCC sports information director Mitch Deaver will be from 5 to 8 p.m. Friday at Hulett-Winstead Funeral Home in Purvis. The funeral will be at 2 p.m. Saturday at Hulett-Winstead’s Purvis chapel. Burial will be at Slade Cemetery in Purvis.