Posted on: February 08,2015
(Editor’s note: Rep. Alan Nunnelee died at age 56 this past week after a protracted and courageous battle with brain cancer. Nunnelee was highly regarded as a kind and caring man across the aisles both in Mississippi and in Washington D.C. He was unabashedly a Mississippi State Bulldog. Here, Checky Herrington, a good friend of Nunnelee’s since their days as students at State, recalls the time the Golden Egg was “lost.” Says Herrington, “Alan was a good friend and as nice then as he was later in life — a real gentleman who we will all miss.”)

Shortly before the end of my first semester junior year at MSU, then-student government leader Alan 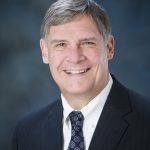 Nunnalee dropped by my desk at The Reflector office carrying a badly dented, unpolished trophy resembling a football.

Looking up from my work, I asked, “Whatcha got there, Alan?”

“It’s the Golden Egg … you know the one that’s awarded to the winner of the State-Ole Miss football game every year?”

Of course! After all, I was the campus sports editor who had written the story a week earlier about the Dogs defeating the other school in Jackson. Yet, while I had heard of it, read of it, and seen photos of it, I could not for the life of me ever recall seeing the actual trophy before.

“Someone from Athletics just dropped if off at the Student Association office,” Then came the question of all questions – “You want it?”

“Sure. Why not? It’ll go nicely with the rest of the memorabilia in my room at the fraternity house.”

Exactly one year later, I received a visit from a panic-stricken Alan wanting to know if I still had that “egg trophy” he gave me.

Noticeably shaken, Alan pulled out a copy of the day’s Clarion-Ledger reporting on its front page that the Golden Egg was missing. The newspaper was hyping the game under a new banner – the Egg Bowl. When they called the university to arrange a photo shoot, no one could seem to locate the trophy.

“Here you go,” I said, handing over the prize. “Been in my room the whole year.”

Since then, the Golden Egg has been refurbished to outshine the sun and mounted on a base that takes three men to carry. And when our paths cross along the way, the congressman and I still smile about our college days and the afternoon we combined forces to prevent a statewide disaster.

One response to “The day Alan Nunnelee 'found' the Golden Egg”