We're headed into November, all tied

You’ve heard of a blind spot? If not, I’ll give you a sample. Orley Hood has a blind spot. They are called the New Orleans Saints. I can’t tell you the last time Orley forecast a Saints game correctly. His heart gets in the way of his head.
That blind spot is all that keeps Big O from running away with this picks competition the way Bama keeps running away from everybody the Crimson Tide plays. If Orley could pick the Saints right, he’d be six or seven games ahead, coasting into November.
Instead, Orley and Rick are tied with 61-26 records on the season. It’s closer than the Presidential election, although nearly not as contentious.
So, without further adieu . . . 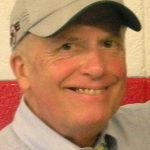 Orley’s picks
Ole Miss at Georgia: Big win for the Rebels last week in Little Rock, even bigger for those Hairy Dawgs, who jumped the Gators in Jacksonville. Ole Miss gave Arkansas a lesson in the two-minute drill … twice. Georgia played terribly but forced Florida to play even worse. No turnovers or dumb penalties in Athens makes me think the Rebs have a realistic shot. But … Georgia 24, Ole Miss 21. No, no, no! Turn it around! Ole Miss 24, Georgia 21. Whew. I’m worn out all ready, and haven’t even gotten to …
Texas A&M at Mississippi State: Two questions: Can State wake up from the Tuscaloosa nightmare? Can State deal with Johnny Football, who laid 63 on Auburn on the Plains last Saturday? It is a monster test for Dan Mullen’s team. Tyler Russell has to fill the skies with touchdown passes. Dogs 45, A&M 42.
Alabama at LSU: Monster on monster, again. Trade quarterbacks, and maybe LSU’s monsters would have a shot. Tide 31, LSU 14.


Vanderbilt at Kentucky: Big game on the low end. Vandy’s quarterback has Aaron Rodgers on speed dial, right? VU 17, UK 14.
Missouri at Florida: Mizzou finally got its first SEC victory. Hope you had fun celebrating last Saturday. Gators 38, Tigers 20.
New Mexico State at Auburn: If Auburn loses this one, the trees at Toomers Corner will kill themselves. Auburn totally quit against A&M. New Mexico State has lost seven straight. Rate this one unwatchable. Auburn 20, NMS 17.
Tulsa at Arkansas: Yeah, Arkansas lost to Ole Miss last week in Little Rock. But I thought the Hogs looked pretty good. Razorbacks 34, Tulsa 28.
Troy at Tennessee: The Vols stink. Derek Dooley, 0-5 in the SEC, needs to win out to get to 7-5. This is one. Vols 38, Troy 24.
Virginia Tech at Miami: Oh, the hopes they had … Hokies and ‘Canes have disappointed. Miami 28, Tech 24.
UAB at USM: Really, the Golden Eagles have to win one, don’t they? Here we go … USM 21, UAB 14.
Texas at Texas Tech: The shirt collar grows tighter for our old friend Mack Brown, ex-USM and LSU assistant. The Tuberville Techies 45, Brown’s Horns 30.
Oregon at Southern Cal: Is USC blown? Maybe. Ducks 50, Trojans 35.
Nebraska at Michigan State: The Cornhuskers continue to work their way through the paper tigers of the Big Ten. Nebraska 27, State 20.
Eagles at Saints: Somebody’s going to get a big pick-me-up. Sure hope it’s the Saints. New Orleans 38, Philly 31.

Ole Miss at Georgia: Hugh Freeze has Ole Miss playing better than I thought possible. I figured three wins probable, four wins possible, and the Rebels already have five. Win Saturday at Athens and Ole Miss is bowl eligible and Freeze is Coach of the Year material. Both teams are coming off huge victories, but Georgia has the homefield advantage and more depth. Georgia, 27-24.
Texas A&M at Mississippi State: That Alabama beat State was no surprise. That Bama beat up State did surprise this writer. Now, here comes Texas A & M, and I’m not sure if State can stop the Aggies enough times to win the game. State needs to control the football, keep Johnny Pigskin off the field. State, 27-26.
Alabama at LSU: Not many teams I’d pick to win on Saturday night in Tiger Stadium. In fact, just one: Alabama, 20-10
Vanderbilt at Kentucky: Have I told you I think James Franklin is a really good football coach. I do. Vandy 20-17.
Missouri at Florida: Missouri printed special T-shirts to commemorate its first SEC victory over Kentucky. Wear them proudly this week. Sorry, Mizzou, this ain’t Kentucky. This is the Swamp and this is Florida, 30-7.
New Mexico State at Auburn: Not many teams I would pick to lose to Auburn right now, but this is one. The Chiziks win won 30-17.
Tulsa at Arkansas: This one will be close, but Arkansas will pull it out, 27-24
Troy at Tennessee: If Tennessee doesn’t win this one, well, Tennessee has to win this one. Don’t they? Maybe. OK, probably, but shakily…Vols, 31-28.
Virginia Tech at Miami: Is this the least spotlight ever on this matchup? Probably. Miami, 20-17.
UAB at USM: Is this any way to celebrate 100 years of mostly really good football? No. Can USM finally win a game? Maybe. Maybe not. I’m going on the law of averages. USM, 31-27.
Texas at Texas Tech: When I saw Texas race past Ole Miss, I thought the Longhorns were a really good, possibly great, football team. They are not. Tech, 31-20.
Oregon at Southern Cal: Southern Cal suddenly has rabid fans at Kansas State, at Notre Dame and elsewhere. They won’t be happy. Oregon, 37, USC 34.
Nebraska at Michigan State: Huskers, 20-17.

Eagles at Saints: Two teams coming off embarrassing defeats. I know Orley’s picking the Saints, so that means I gotta go with Philly. Eagles, 30, Saints 26.